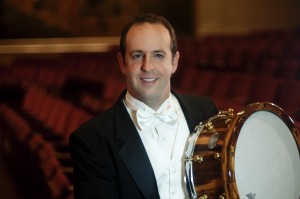 Greg Cohen joined the San Diego Symphony as Principal Percussionist in October, 2008, after serving as acting principal for the previous season. A native of St. Louis, Missouri, he received his Bachelor of Music in percussion performance from Boston University and his Master of Music from the New England Conservatory, also in percussion performance. Greg has performed with such notable orchestras as the Boston Symphony Orchestra, the Chicago Symphony, the LA Philharmonic, the St. Louis Symphony, the Pacific Symphony, and the Kansas City Symphony.  Prior to joining the San Diego Symphony, he was privileged to work and train at several music festivals, including the Tanglewood Music Center, the National Repertory Orchestra, the Schleswig-Holstein Music Festival, and the National Orchestral Institute. During this time, he had the privilege of playing in renowned concert halls such as the Konzerthaus in Berlin, the Gewandhaus in Leipzig, and Carnegie Hall. Greg has recorded on Naxos, Telarc, Reference Recordings, Albany Records and Mode Records labels. Most recently, he played on the Grammy award winning recording Britten’s Orchestra with the Kansas City Symphony. Greg is a Zildjian orchestral artist.

In addition to his work at the San Diego Symphony, Greg became a studio faculty member at San Diego State University in the fall of 2009. He also maintains an active private percussion studio in San Diego. His students have won numerous competitions and have achieved many accolades. 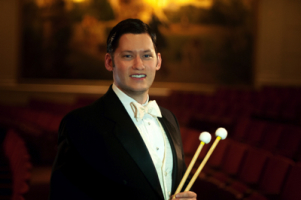 Praised by the San Diego Union-Tribune for showing “a remarkable degree of both subtlety and insistence. He has an uncanny sense of when to power forward...and when to hold back,” Ryan J. DiLisi was appointed Principal Timpanist of the San Diego Symphony in October 2010. Prior to joining the San Diego Symphony, Mr. DiLisi held the positions of Principal Timpanist of Symphony in C and Assistant Timpanist of the Boston Philharmonic Orchestra. Additional highlights include appearing as a timpanist with the Philadelphia Orchestra and a percussionist with the New World Symphony.

Mr. DiLisi’s musicality and dramatic style have shaped him into an exciting soloist. At the age of 17, Mr. DiLisi won the Albert M. Greenfield Competition, soloing with the Philadelphia Orchestra. Additionally, he has performed as a timpani soloist with the New England Conservatory Percussion and Wind Ensembles and the San Diego State University Wind Ensemble.  A Native of Southern New Jersey, Mr. DiLisi began his formal studies with Don Liuzzi, Principal Timpanist of the Philadelphia Orchestra. Mr. DiLisi earned his Bachelor of Music degree, studying under Will Hudgins of the Boston Symphony Orchestra, from the New England Conservatory of Music. Following his roots, Mr. DiLisi returned to the Philadelphia area to earn his Masters of Music degree from the Boyer College of Music at Temple University, under the mentorship of Alan Abel and Angela Nelson, both Philadelphia Orchestra percussionists. 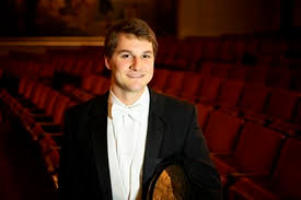 A native of Buffalo, New York, Erin Douglas Dowrey began his music studies in percussion at the age of four. After studying with Mark Hodges for nine years, he attended Carnegie Mellon University for his Bachelor of Music degree. While in Pittsburgh, he studied with Jeremy Branson, Paul Evans and Chris Allen. While at Carnegie Mellon, Mr. Dowrey was the winner of the concerto competition in 2010, and he performed Anders Koppel’s Concerto for Marimba and Orchestra No. 1. Following his time at Carnegie Mellon, he attended Temple University for his Master’s degree, studying under Alan Abel and Chris Deviney.

Erin Dowrey’s other honors include 2nd Place and 3rd Place in the Atlanta Snare Drum Competition in 2010 and 2011 respectively, as well as 1st Prize Absolute in the Italy Percussion Competition (Snare Drum division group B) in 2011. 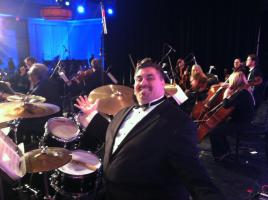 Locally, Mike is the Music Director of the Top 40/Corporate Band The Mighty Untouchables as well as a drummer for The Church at Rancho Bernardo, Gilbert Castellanos, Big Time Operator, Brad Steinwehe’s Big Band among many others.

Educationally Mike currently is the Band Director for Maranatha Christian School. He has had the honor of teaching at San Diego State University, Rancho Bernardo HS, Mira Mesa HS, Francis Parker School, Church at RB School of Rock. He is also a Judge/Adjudicator for Jazz and Percussion Festivals and tournaments throughout Southern California including SCPA (Percussion) and CMEA (Jazz). He is also an accomplished arranger both for percussion and band. His many collaborations with WGI hall of famer “Mike Jackson” have consistently led to numerous Gold Medals and High percussion awards throughout all circuits in the Southern California area. Mike is also a proud endorser of Evans Drum Heads and Vic Firth Sticks.

Just out of High School, Mike marched with The Sound Machine of the Inland Empire from 1989 -1991. Mike joined the US Navy and was stationed on board the Aircraft carrier USS Ranger CV-61. It wasn’t till after returning from Operation Desert Storm that he was accepted into the US Navy School of Music in Norfolk, VA. In 1991, Mike would begin his world travels with the 7th Fleet Navy band stationed out of Yokosuka, Japan. During his tour of duty, Mike would visit 22 countries including Russia, Australia, Hong Kong, Thailand, Philippines, etc. In 1994, Mike transferred to his last duty station at Navy Band San Diego. It was here that he would settle down and begin his civilian music career.

THE SAN DIEGO PERCUSSION FESTIVAL IS SPONSORED BY